One of my favorite classes to teach has always been my Twin Fiddle class.  I remember getting the idea for the class while driving to West Virginia in the summer of 1998. I told Gail (as best I remember), “This will be a class where I can teach Gu’Achi tunes and Swedish tunes and American tunes that lend themselves to harmonizing. And the students can master a little chord knowledge and music theory to help them figure out harmonies for themselves.”  We started the class within the next year, and it showed up in the Fiddle 4 rotation every year until a few years ago.  This year I brought it back.  As you will see at the end of this post, it was a great class.

But the most memorable year for Twin Fiddle was 2010 when, within the span of the few weeks, we were visited by fabulous fiddlers from three countries – Mexico, Austria and Finland – plus a band from North Carolina.

Osiris Caballero came by in May 2010. Besides teaching us a tune from his home state of Tamaulipas, he played a YouTube-worthy version of Cielto Lindo accompanied by our own Maria McCullough and Yahvi Pichardo.

Austrian ethnomusicologist, Rudi Pietsch, hung out at the Old Town School of Folk Music on his sabbatical away from Vienna. (The University of Chicago was his other hangout.) He visited Twin Fiddle class a couple of times and taught us a jodle (yodel) and a couple of polkas, as heard here

The Polka Chips from Finland and the Mostly Mountain Boys from North Carolina and Washington DC visited in June 2010 and did a special workshop for Fiddle Club and several Old Town School classes. This post reported on the workshop and the World Music Wednesday concert that followed. It also contains a recording and a video from Rudi Pietsch’s Fiddle Club meeting a few days earlier.

Check these old posts out for some great twin fiddle music 4 years past. And it continues, as this years Fiddle IV Twin Fiddle class proves at an Old Town School graduation showcase.

Many of us know tunes that came from the playing of Harvey “Pappy” Taylor of Effingham, Illinois.  It’s a treat to see Pappy play.  This is from 1984.

Recordings used by permission of the artists. Click on their names or photos for links to their websites or info on their CDs &c. (Tom, Brad & Alice) 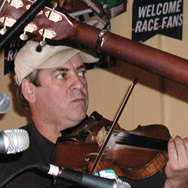 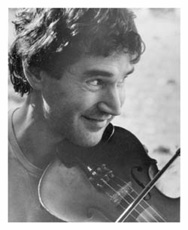 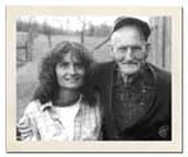 Wild Hog in the Woods

Recorded by Lynn Garren at the Bluff Country Gathering in Lanesboro, Minnesota on May 17, 2008. 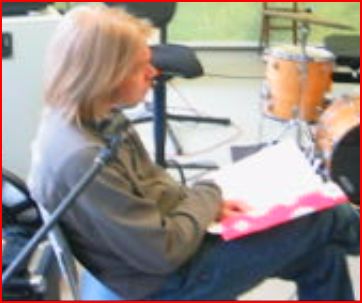 In fiddle classes at the Old Town School, we seldom get around to teaching tunes in the key of C. That’s a shame. There are so many good ones. Larry Warren, a gentleman I met on FIDDLE-L, posted a private page of sound clips of C tunes contributed from fellow FIDDLE-L subscribers. Here’s my contribution of a few gems (IMHO) that I don’t think made it to Larry’s page.

I learned this nearly 30 years ago from Hector Phillips, of Petersburg, Indiana. I made this recording ten years ago for a FIDDLE-L compilation CD. Rhys Jones is on guitar. Hector Phillips can be seen and heard in “Tough, Pretty, or Smart: A Portrait of the Patoka Valley Boys,” a film by Dillon Bustin and Richard Kane.

Even longer ago, I learned this one from Paul Gifford, who was then living in Ferndale, Michigan. He learned it from Merritt Olsen, from the nearby Detroit suburb of Birmingham. I heard Merritt play once–he also played a button box accordion–and greatly regret that I never went to visit him. Of course, at that time I could barely scratch out an identifiable tune.

And this one I learned in 1979 from Donald Duff of Lizton, Indiana. He learned it from Mr. Harmon, an older local fiddler who helped Mr. Duff get started when he was a kid. Jimmie Campbell of Dolan, Indiana played the tune as well, and called it “Old Bob.” Same name, different tune from one Garry Harrison collected.

Just so the record is straight, I am the fiddler on all these recordings. Any clunkers are mine and mine alone. Enjoy the tunes, and maybe we can play one of two of them at the upcoming open session of the Fiddle Club on July 15.