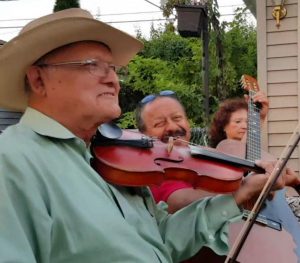 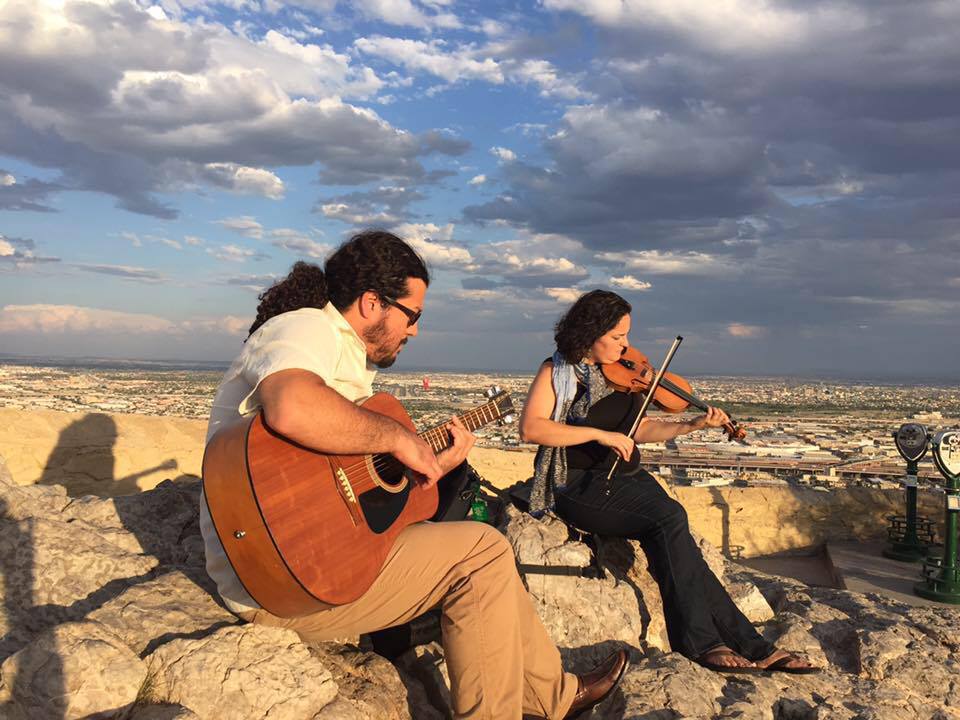 Yahvi & Maria have been with loyal Fiddle Clubbers since our very
beginning in 2008. But they recently moved to El Paso, Texas. We are so glad
they could be our featured guests on a visit back to Chicago.

Here are a couple of tunes to help you get ready. The first is a gusto from Tierra Caliente, a style known as Son Caletano. Maria says, “We learned this tune from master teachers Serafín Ibarra and Jesús ‘Chucho’ Peredo.” Maria once had the opportunity to study with the grand master fiddler from that region, Don Juan Reynoso, who passed away in 2007 at the age of 94. The second is a tune from the Purepecha, one of the First Peoples of Michoacan.

Here is a simple, but lovely dance tune from Cleofes Ortiz, taken from a cassette album recorded in Bernal, New Mexico in 1986 by Jeanie McLerie & Ken Keppeler. 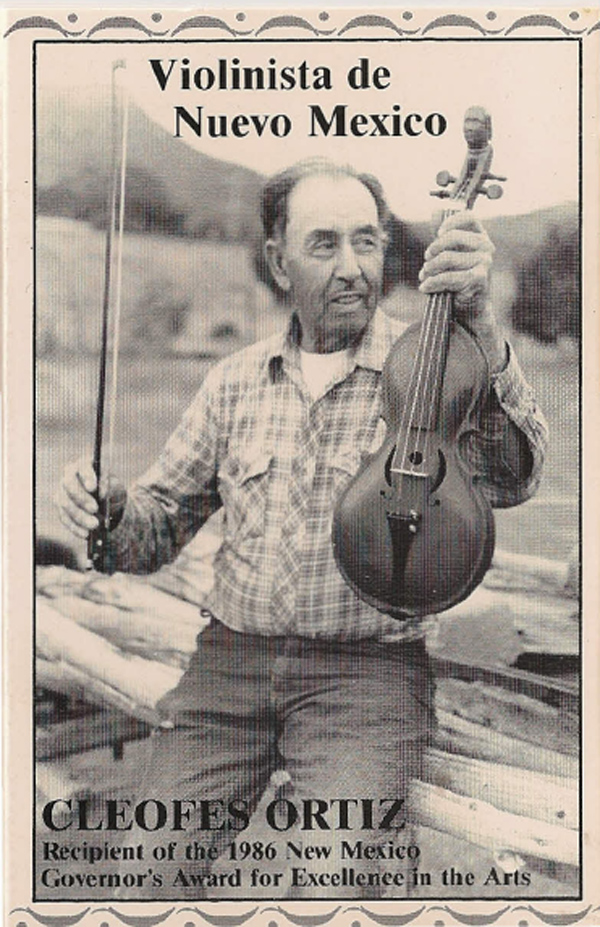 The album due to be reissued on CD by Ubik Sound. Until then, a CD is available from the webite for Bayou Seco, Ken and Jeanie’s band. There you will find this biographical sketch of Señor Ortiz, and more.

“Cleofes Ortiz was born in 1910 on Pajarito Plateau near Rowe, New Mexico. When he was eight years old, he made his first fiddle from a lard bucket, with screen wire strings. He learned most of his tunes from his cousin, Emiliano Ortiz, a well known fiddler who taught him both the local dance traditions and tunes he had picked up in lumber camps throughout New Mexico and Colorado. When he was 14, Cleofes began to play for local bailes and continued until his marriage, and a growing family of nine demanded all of his time. Around 1975, He resumed his violin playing, performing at weddings, funciones (feast days), festivals and senior centers in his area.”

Valse de los Paños is a waltz danced with handkerchiefs. A description of the dance from the early 1900s can be found in a book by Aurora Lucero-White, Folk-dances of the Spanish-colonials of New Mexico. 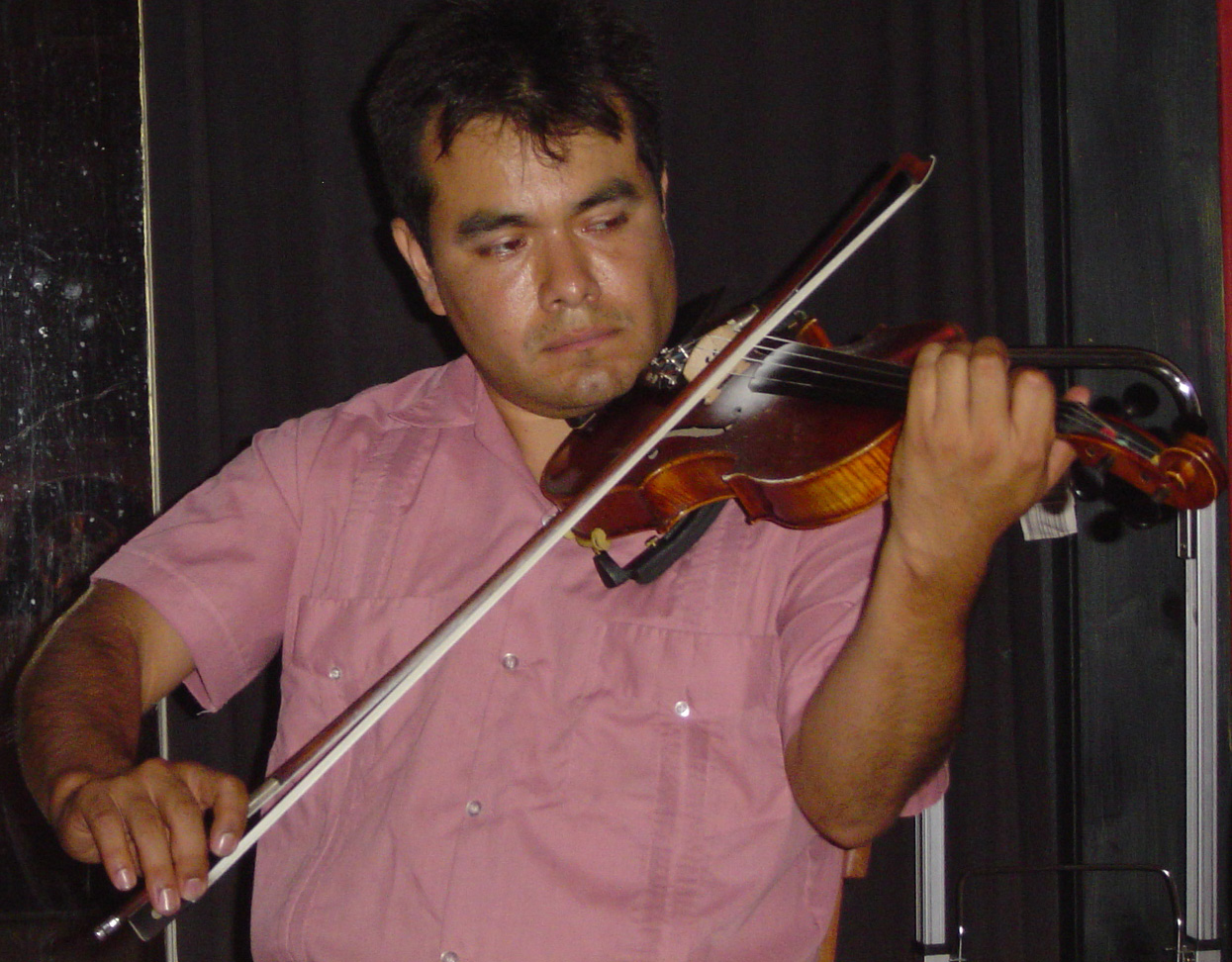 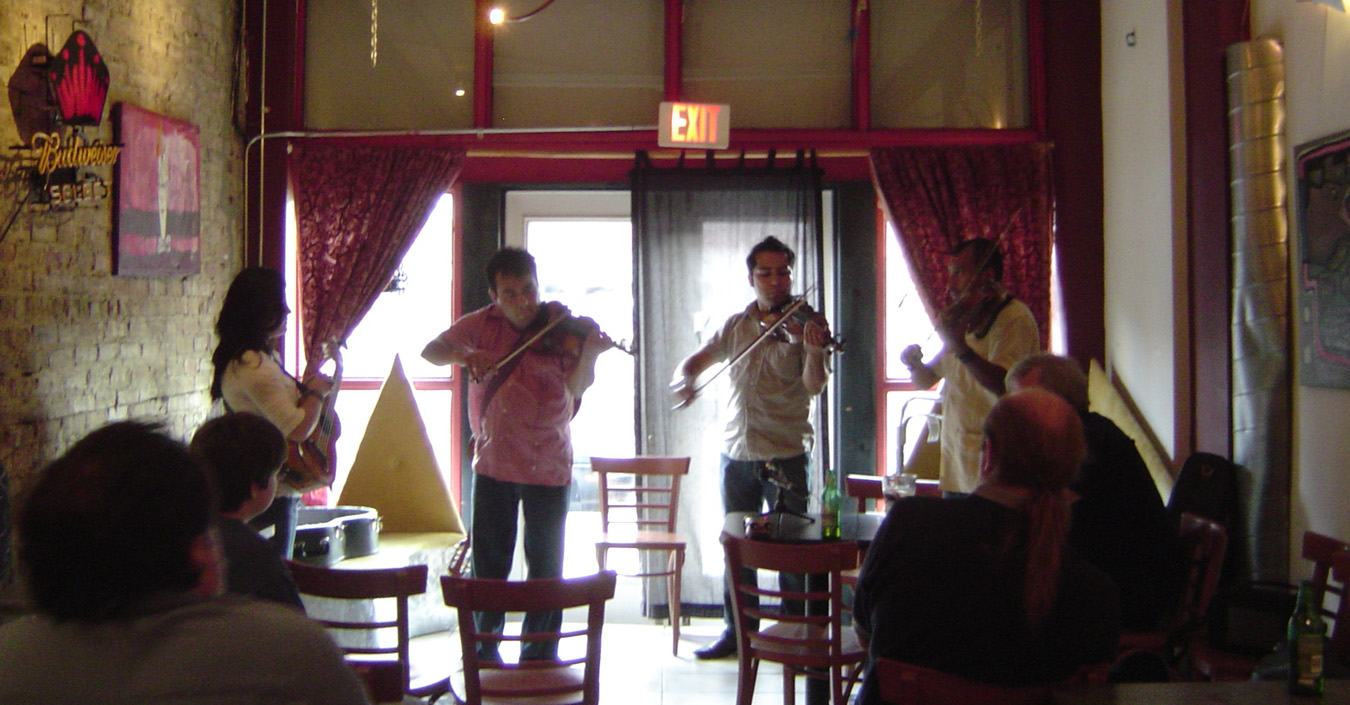 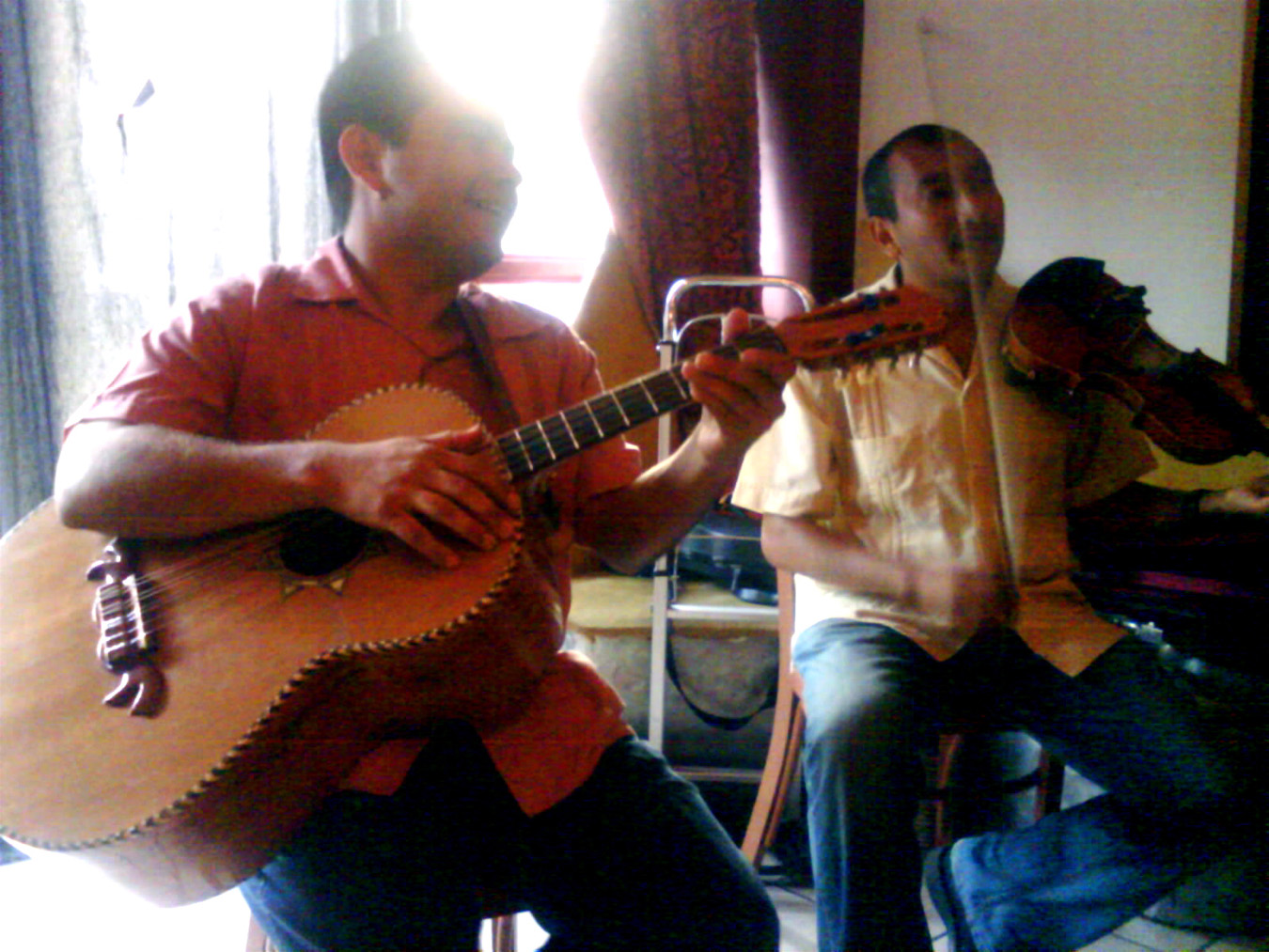 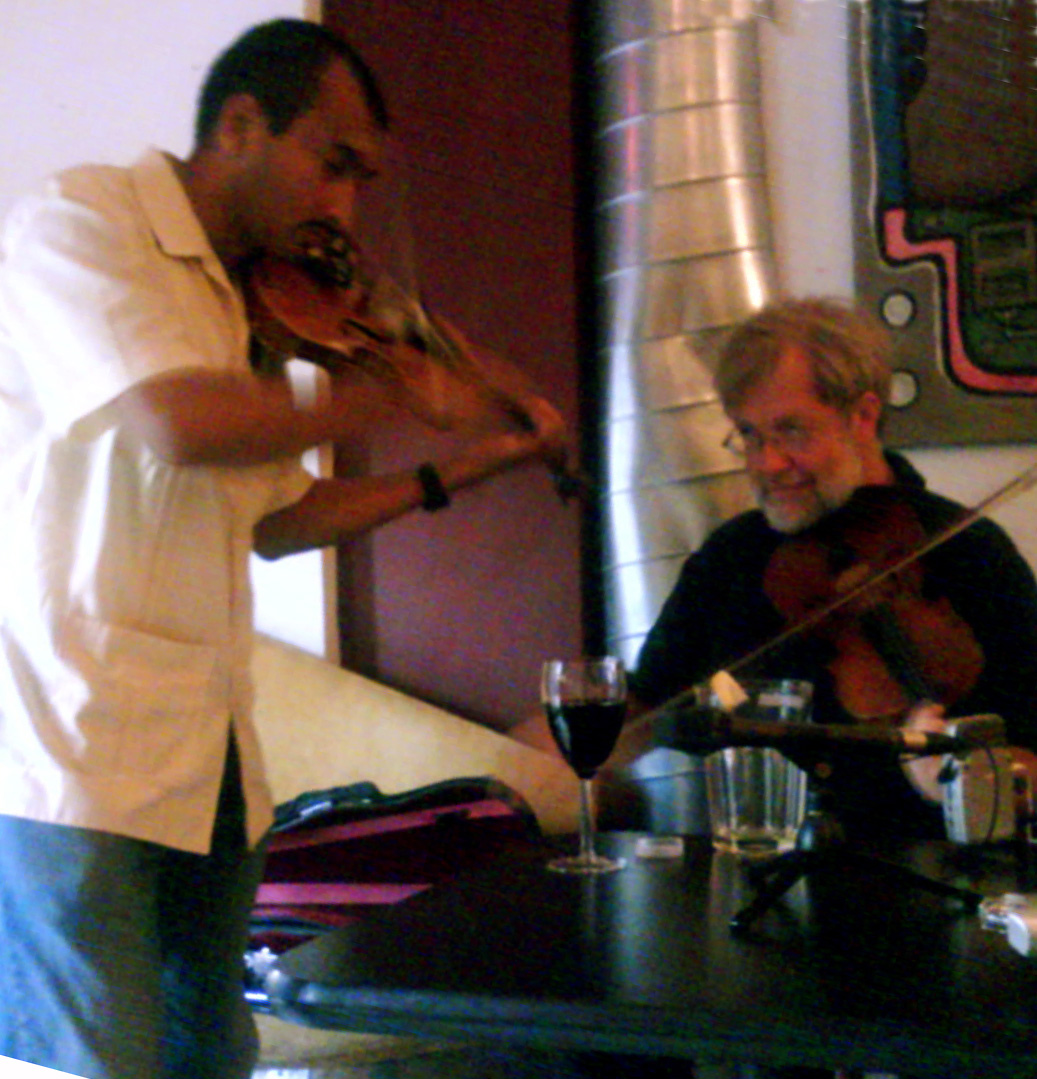 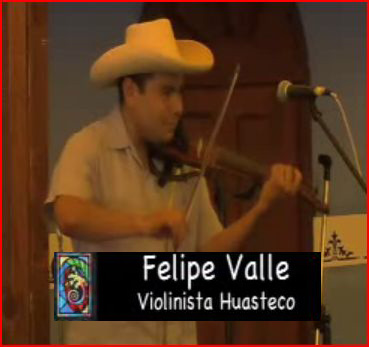